From Dream to Reality: The Story of My Heart

Over a decade ago, I decided to get serious about becoming a published author. Always a supporter of my dream, my hubby bought me a Brother Word Processor. I started a novel about a woman who broke off her engagement to her police officer fiance after her father was killed in the line of duty.

I toiled over that novel, breaking every writing rule new writers aren’t supposed to break. I shelved the book several times and started something new, but those characters continued to stay with me. They weren’t willing to be shelved. The story title changed several times as I tweaked the plot, deepened the characters, and shelved it again.

I shared with several critique groups through the years and used their feedback to make it as good as I could. But there still seemed to be something missing. 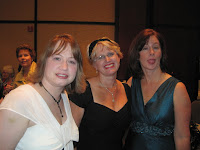 I emailed the My Book Therapy dynamic duo, Susan May Warren and Rachel Hauck, and requested brainstorming therapy. Our one-hour phone conversation became a two-hour brainstorming conversation as the three of us talked over each other in raised decibels. I left that conversation with a fully plotted novel.

With a deep breath, I entered Draw Me Close in the 2009 ACFW Genesis contest, hoping for feedback to help strengthen the writing. Jim Rubart called to let me know my entry had finaled. I cried in his ear, but he was a great sport. 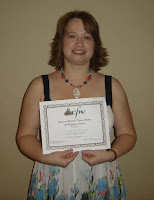 At the ACFW banquet, Draw Me Close took second place in the contemporary romance category!

Additionally, I had pitched it to Tina James of Love Inspired and Rachelle Gardner of Wordserve Literary. Both requested the full manuscript, but Rachelle asked me to send it to her first. After getting feedback from several Ponderer friends, I submitted the requested full manuscript to Rachelle in March 2010.

A week later, I received an email that left me speechless and in tears. Rachelle offered representation. I kept thinking I received someone else’s email by mistake. Even after I spoke with her on the phone for almost an hour, I still floated in “pinch me” world.

She submitted it to Tina James in April, but the pesky manuscript disappeared into cyberspace. Unfortunately, we didn’t realize this until speaking with Tina at the 2010 ACFW conference. Rachelle re-submitted it in October, so I waited again. 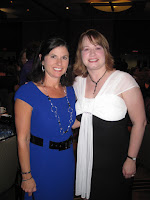 On January 7, 2010, Rachelle called and said, “Lisa, today is your day!” I cried. I sobbed. My poor husband thought something terrible had happened. I finally managed to squeak out, “I sold my book.”

Love Inspired editor Melissa Endlich had an opening in her schedule. She asked the other LI editors if they had something she could read. Tina gave her my manuscript on that Monday. She read it Tuesday and Wednesday, wanted to buy it on Thursday, and Rachelle called me on Friday with a book offer.

After more than a decade, Lindsey and Stephen of Draw Me Close will have their happily ever after.

Later, after my day job ended, and the house quieted, I called Rachelle back and listened to the terms and book details. I teared up again when I learned my novel will be out in November 2011.

Over the next week, I received a welcome letter from Melissa, along with my first set of revisions–8 small items to change. We discussed title changes and cover art. After emailing a couple of times, Draw Me Close has been retitled Lakeside Reunion. It’s a story of forgiveness, trust, and second chances.

Is there really such a thing as a second chance?

Lindsey Porter escaped her hometown of Shelby Lake with a broken heart, and said good-bye to her relationship with God at the same time. But family obligation calls her back home, and the former fiancé who dumped her is the first person she sees after crossing the county line. Is there room in her heart for forgiveness? Lindsey hopes for a second chance at love, but the obstacles in her way might just be too great to overcome.

This is the story of my heart because Lindsey’s fears about her former fiance’s job keep her from finding her second chance at love. When Hubby and I were married, he was a military policeman in the United States Marine Corp (OO RAH!) and dreamed of becoming a police officer like his dad. I was so afraid of losing him in the line of duty that I begged him to give up his dream. And he did. At the time, I wasn’t a Christian and didn’t have God to carry my anxieties.

In Lakeside Reunion, Lindsey has an opportunity to have her second chance at love with Stephen, but will she allow her fears to keep them apart? 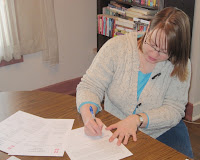 Today I received my contract for Lakeside Reunion. After printing out all three copies, initialing each page, and signing them, I mailed them back to Harlequin for processing. So now it’s real. It’s official. I’m a published author.

To help celebrate my exciting first sale news, I’m giving away signed copies of Susan May Warren’s Love Inspired Suspense novels: Point of No Return and Mission: Out of Control and Rachel Hauck’s new release with Sara Evans, Softly and Tenderly. If these two wonderful friends hadn’t brainstormed and mentored me, this post wouldn’t be written. To win, leave a comment, along with your email address!

Thanks for sharing in my long-winded story of how the story of my heart has gone from dream to reality!