I’m delighted to have friend and fellow author, S. Dionne Moore, for a chat. I just brewed a cup of Good Hope Vanilla tea while S. Dionne is sipping a double mocha. As she says, “Nothing like a spike of silky, dark chocolate to get my attention. It’s good for you, or so I hear.” 🙂 Grab your own cuppa and enjoy reading more about S. Dionne and her new release, Promise Brides. By the way, S. Dionne is giving away 2 copies of Promise Brides today, so leave a comment for your chance to win. 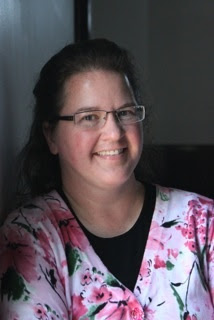 S. Dionne Moore started writing in 2006. Her first book, Murder on the Ol’ Bunions, was contracted for publication by Barbour Publishing in 2008. In 2009 she moved on to writing historical romances as an outlet for her passion for history. In 2010 her second cozy mystery, Polly Dent Loses Grip, was a 2010 Carol Award finalist and she was also named a Barbour Publishing 2010 Favorite New Author. In 2011 her first historical romance, Promise of Tomorrow, part of the Promise Brides compilation, was nominated a 2011 Carol Award finalist.
Born and raised in Manassas, Virginia, Moore moved to Greencastle, PA in 1993, then to Mercersburg in 2009. Moore enjoys life in the historically rich Cumberland Valley where traffic jams are a thing of the past and there are only two stoplights in the whole town. For more information, visit her Website at www.sdionnemoore.com. Follow her on Twitter: @sdionnemoore
S. Dionne, after getting your start with cozy mysteries, why do you write romance?
For a woman who adores mysteries, I’m not sure!! But I do enjoy the dance of man/woman as they decide if they’re compatible. What a fun (and sometimes frustrating) time! I don’t condone the notion that love can be a quick decision. Infatuation, yes. Love? No. Love comes on cat feet. Two people considering the plunge need to be ever so careful to make sure they are ready as individuals, as well as examine their motives for marriage. Entering marriage with the idea that you are going to change the other person is the wrong reason. But entering marriage with the idea that you might have to change yourself. . .now that’s a solid first step!
Speaking of marriages, how did your husband propose?
Oh dear! He took me to this fancy restaurant in D.C., that bordered the waterfront. He was so nervous he couldn’t eat, and I suspected what was coming. He asked me to walk outside with him and, little did I know, he had a tough time finding a good place to stop and pop the question. The first place he had his eye on there was a dead fish floating nearby. . . He finally decided he needed to do it no matter the pollution!
Dead fish aside, that sounds wonderfully sweet. Since I’m all about romance here, share your favorite romantic meal.
Anything I don’t have to cook! A fancy restaurant with a crackling fire, dimmed lights, a surprise bouquet of flowers, and a luscious, gooey chocolate dessert and I’m a happy girl. Oh, and I really prefer  not to eat alone, so my husband should be there too. LOL!
What romance advice would you offer to readers?
Don’t be afraid to wait. Don’t be pressured to date for the sake of dating. Young people get such foolish notions because they listen too closely to peer pressure and not enough to God. It’s better to be single and wish you were married than to be married and wish you were single. Take it slow and easy, pray a lot, and pay close attention to the negatives, because, more than likely, they will be the issues you will have to roll with in marriage.
Fantastic advice! What romance theme runs through your latest novel? What about Promise Brides?
My latest novel, Valley of the Heart, takes place right before the Range Wars of Wyoming. The theme is self-inflicted bitterness through unrelenting guilt–we can sometimes blame ourselves for events beyond our control.
Promise Brides, a compilation of three historical romances, deals with themes of forgiveness/betrayal (Promise of Yesterday), choosing sides and overcoming stress, specifically the hero’s Post-Traumatic Stress Disorder (Promise of Time), and that people are more important than things (Promise of Tomorrow).

Time seems to stretch endlessly for Ellie Lester after the death of her husband in the war that’s tearing her country apart. Then Theodore Lester arrives in the North hoping to reveal the truth about her husband’s death–and suddenly time stands still. Is Ellie’s heart awakening to something new?
After rescuing several people during the Battle of Gettysburg, Marylu Biloxi is a true heroine in Greencastle, Pennsylvania. But even heroes have broken hearts, and Marylu’s is shattered. Will rumors and secrets keep her from ever loving again?
As Alaina Morrison struggles to convince Jack Kelly that all she needs is love–not things–Jack is just as determined to convince Alaina that he needs to provide for her and their future family. Will Alaina and Jack allow God to bridge their growing differences–before a life together becomes impossible?
Will these couples risk everything to keep love?
← Prev: Tea Time With Author Rose Mccauley Next: A Wild & Crazy Release Month: Lakeside Reunion Blog Hop Conclusion →