Marriage is What You Make It 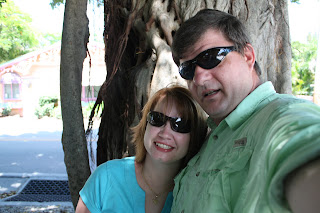 A while back, Hubby shared a story from work—he had been on third shift for 2 weeks due to a short-term project—and shared a story about one of the guys who hadn’t been married long getting harassed by his co-workers about his wife.

Hubby took pity on the guy and told him everyone was just teasing. The guy laughed it off, but shared a concern he had been hearing about marriages and the work place. Hubby told him the workplace hours didn’t destroy marriages—marriages crumbled due to other underlying reasons. The workplace was simply an easy scapegoat. Hubby told him he had been married 22 years, and the majority of those years were spent working second shift. Hubby also told him most marriages fall apart due to financial reasons, and if the spouse was bringing home 80 grand, then finances weren’t usually the underlying cause in workplace divorces.
He finished his story, kissed me “goodnight”, then headed to bed. I pondered his words. No wonder I call him my Voice of Reason.
Marriage isn’t easy. It takes a lot of work.

In our 23 years, Hubby and I have gone through some trials–dark times that tested our commitment to each other. Those are times I wish I could forget, but those are the same trials that brought me to the foot of the cross too.

As my friend P. T. Bradley said in today’s MBT Ponderers post, “So many times more emphasis is placed on the wedding than on a marriage. A total of $72 billion is spent annually on weddings. I wish couples would remember the wedding is for a day, but marriage should be for a lifetime. They will have many joys but will also have many arguments.”

If you read the tabloids, you’ll see headlines about thousands of dollars spent on weddings, but then the couples are separated in such a short amount of time. What happened to the sanctity of vows? What happened to their commitments to each other? And no, this isn’t just in Hollywood either. It happens everywhere. Marriage is considered an outdated tradition by some, and it’s as disposable as paper plates to others.

Hubby and I eloped. Part of me yearned for that fairy tale wedding, but then I realized I may not have had the wedding I always wanted, but I married the man of my dreams. Working together, we’ve been able to face many challenges. They weren’t easy, but they drew us closer together.

Your Turn: What are your thoughts on marriage? Outdated? Too much work? Totally worth? Something you hope for someday? You’re content being single?

← Prev: Litfuse Blog Tour: Mornings WIth Jesus 2012 Next: Truth About the Proverbs 31 Woman →