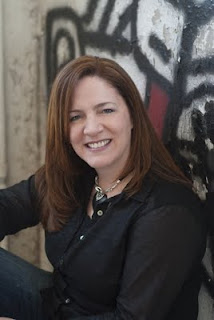 Note: This interview is cross-posted on MBT Ponderers
I’m thrilled to have my friend and fabulous author Ronie Kendig as a MBT Ponderers guest today. I met Ronie online through ACFW. Her sweet spirit and transparency shine in her novels that will grip your heart and not let go.
Ronie grew up an Army brat and married a veteran. Together, she and her husband have four children, a Golden Retriever, and a Maltese Menace. She has a B.S. in Psychology, speaks to various groups, volunteers with the American Christian Fiction Writers (ACFW), and mentors new writers. Rapid-Fire Fiction, her brand, is exemplified through her novels. Dead Reckoning, a spy thriller, and the military thriller series, The Discarded Heroes, which includes Nightshade (Retailer’s Choice Award finalist & IRCA Romantic Suspense finalist), Digitalis,Wolfsbane, and Firethorn (January 2012). Ronie can be found at www.roniekendig.com or www.discardedheroes.com

As the wife of a former Marine, I love military romances. When I learned Ronie was writing this series, I was excited to read them. I was not disappointed.
I’ve been an influencer for Ronie’s Discarded Heroes series. Each novel is action-packed with flawed characters who showcase God’s redeeming grace. I’ve loved each one of them, but I have to admit Wolfsbane, the third book in the series, is my favorite so far. I finished it way past my bedtime, but the lack of sleep was so worth it.
In Wolfsbane, Dani and Canyon burrowed their way in my heart. Ronie uses them to show people–yes, even Christians–make mistakes and poor choices. But those choices have lasting consequences. I appreciated the edginess in this novel and the way Ronie handled it with sensitivity and grace.
Sit back, relax, and enjoy getting to know Ronie and her novels a little better.

What inspired the Discarded Heroes series?
Real life. Watching the marriage of a Navy SEAL fall apart because of his anger and inability to manage it. Nothing like watching a beautiful family crumble despite prayers and efforts to save it. Seeing that, watching the news of suicides, my heart broke…then engaged in an effort to simply be a voice for those who often don’t speak up for themselves to get help.
In your eyes, what defines a hero?
Ralph Waldo Emerson said, “A hero is no braver than an ordinary person, but he is braver five minutes longer.” To me, that’s a hero—someone who doesn’t give up, despite the pressure or fears.
How have your life experiences influenced your writing?
Greatly! I am who I am because of those experiences and those seep into my writing in an organic way. Chuck Holton (author, editor, adventure reporter) told me once that he learns about an author by reading their books. It sounds common sense, but it goes deep—your values, your histories layer thickly into your writing. I can’t imagine it not.
You wrote while homeschooling your children, earning your psychology degree, and moving a couple of times. How did you manage to juggle all of your obligations and still write?
I just pressed on. Oh man, did I feel like quitting—a LOT, but as my husband kept saying to me,” What’s there to quit to?” He’d make me angry when he said that, but only because he was right! 😀 Giving up accomplishes nothing. I don’t want to go backward, so I am pushing onward.
Writing and marketing go hand in hand these days. What marketing techniques have worked for you? What would you suggest for newly published authors to get their books out there?
Many years ago in counseling, I was a basket case and felt like a complete failure. It’s then that my pastor explained I had unrealistic expectations of myself. I demanded perfection (Ha! Haven’t’ gotten close to that by a mile).
I think that many new writers—myself included—fall into that trap, or are shoved into it by the industry. We want to succeed, we want to see our books hit bestsellers lists, final and win contests, but what happens when all that doesn’t happen. I had a writing break down shortly after my first book released. I’d *killed* myself trying to market it, and the efforts seemed like a failure. *I* felt like a failure. Again, I had unrealistic expectations.
It took me a while to realize that success is out of my control. I can only do the best that I can do, write the best story I can write, but the rest is completely up to God.
One tidbit of advice: the best thing for any writer to do is establish an online/social media presence. And I don’t mean throw into everyone’s face every review, every status point. Be real. Be YOU! Readers want to connect with the AUTHOR. It’s fine to post a great review, but not every review. Show people you are real, share how you burned the chocolate chip cookies or how the new puppy makes you feel really old (LOL Ahem, speaking from experience here…).
What other page-turning fiction can readers expect to enjoy soon?
Firethorn, Discarded Heroes #4, will release January 2012—and THEN!! I am so excited for August, because the first in my military war dog series, TRINITY, will release. I think that’s going to be a fantastic series (if I do say so myself). Loads of fun and lots of barks, er, action.
Ronie, thanks again for being our guest! I am looking forward to reading Firethorn and Trinity. Ronie is hosting a contest on her blog to kick off the launch of Wolfsbane. Visit her blog for more details.
Your turn: Have you read one of Ronie’s books? If so, who is your favorite character? Why? If you haven’t, run to your nearest bookstore and pick up a copy. You won’t be disappointed!
← Prev: It Sings Because It Has a Song Next: Stepping Out in Faith →