ABOUT THE AUTHOR: A Word from Judith: 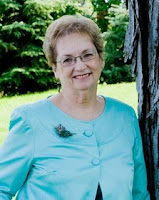 Most readers want to know how authors ‘got started’ writing. My first novel, Threads of Love, was conceived when I was commuting sixty miles to work each day. I wanted to tell the story of a pioneer girl coming to Kansas and the faith that sustained her as she adjusted to a new life. When the book was completed, I tucked it away. I had absolutely no idea how publication of a book occurred and had given no thought to the concept. However, through a co-worker, I was directed to Tracie Peterson who, at that time, worked down the hall from me. Having never met Tracie, I was totally unaware of her writing career, but God intervened. The rest is, as they say, history…

With a graciousness that continues to amaze me, Tracie agreed to read my story, directed me to a publisher, and gave me information on a Christian writers conference. Since that first encounter many years ago, I have been blessed with the publication of numerous books, novellas and a juvenile fiction book. Joyously, Tracie and I had the opportunity to develop a blessed friendship. In fact, we have co-authored several series together, including The Bells of Lowell, the Lights of Lowell and The Broadmoor Legacy. In addition, I have continued to write several solo series.

For many years, Ilsa Redlich has helped her parents run a hotel in South Amana, but as the United States enters the Great War, she can feel her world changing. The residents of the towns surrounding the Amana Colonies used to be accepting of their quiet, peaceful neighbors, but with anti-German sentiment running high, the Amana villages are now plagued by vandalism, threats, and insults.

Things get even worse when Ilsa finds out her family won’t be allowed to speak German in public–and that Garon, the childhood friend she’s long been smitten with, has decided to join the army. Jutta Schmidt is shocked when several members of the Council of National Defense show up on her family’s doorstep. Sure, the Schmidts once lived in the Amana Colonies, but that was years ago. She’s even more surprised when the council demands that she travel to Amana and report back on any un-American activities.

Not daring to disobey the government agents, Jutta takes a job at the South Amana hotel, befriends the daughter of the owners, and begins to eavesdrop every chance she gets. When Jutta hears Ilsa making antiwar remarks and observes Garon assisting a suspicious outsider, she is torn at the prospect of betraying her new friends.

But what choice does she have? And when Garon is accused of something far worse than Jutta could imagine, can the Amana community come to his aid in time?

If you would like to read the first chapter of A Bond Never Broken, go HERE.

← Prev: CFBA Blog Tour: When All My Dreams Come True Next: No Writer is an Island →