CFBA Blog Tour: Where Do I Go?

This week, the
Christian Fiction Blog Alliance
is introducing
Where Do I Go?
Thomas Nelson (December 9, 2008)
by
Neta Jackson 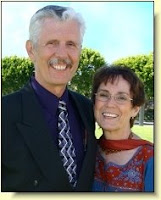 As a husband/wife writing team, Dave and Neta Jackson are enthusiastic about books, kids, walking with God, gospel music, and each other! Together they are the authors or coauthors of over 100 books. In addition to writing several books about Christian community, the Jacksons have coauthored numerous books with expert resource people on a variety of topics from racial reconciliation to medical ethics to ministry to kids in gangs.

Dave and Neta live in Evanston, Illinois, where for twenty-seven years they were part of Reba Place Church, a Christian church community. They are now members of a multi-racial congregation in the Chicago area.

They’re trying something new! Not just new for them, but something completely new in Christian fiction: “Parallel novels,” two stories taking place in the same time frame, same neighborhood, involving some of the same characters living through their own dramas and crises but interacting with and affecting one another … just the way it happens in real life.

It’s something that only a husband and wife writing team could pull off. While Neta has Where Do I Go?, her husband Dave has written Harry Bentley’s Second Chance.

Gabrielle Fairbanks has nearly lost touch with the carefree, spirited young woman she was when she married her husband fifteen years ago. But when the couple moves to Chicago to accommodate Philip’s business ambitions, Gabby finds the chance to make herself useful. It’s there she meets the women of Manna House Women’s Shelter; they need a Program Director-and she has a degree in social work. She’s in her element, feeling God’s call on her life at last, even though Philip doesn’t like the changes he sees in her. But things get rough when Philip gives Gabby an ultimatum: quit her job at the shelter or risk divorce and losing custody of their sons. Gabby must take refuge, as in the song they sing at Sunday night worship: “Where do I go when there’s no one else to turn to? . . . I go to the Rock I know that’s able, I go to the Rock.”

Publisher’s Weekly adds, “Jackson’s Yada Yada series has sold half a million copies, and this new offshoot series … promises the same…. The book’s dramatic ending … leav[es] readers eager for the next installment in the series.”

To read the Prologue and first Chapter of Where Do I Go?, go HERE

Lisa’s thoughts: I’ve been a fan on the Yada Yada Prayer Group series, so I was excited to learn about the spin-off books. If you’re a fan, then you’re sure to enjoy this novel. Neta Jackson continues to succeed in breathing life into her characters. Their struggles and triumphs show God is the Rock in all situations.