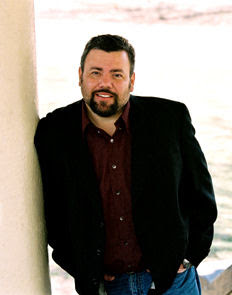 Robert is an award-winning author of over a thousand published articles and short stories. He is currently a contributing editor for New Man magazine. His work has appeared in Reader’s Digest, Travel & Leisure, Modern Bride, Consumers Digest, Chief Executive, and The Arizona Daily Star, among other publications. In addition, he previously worked as a celebrity journalist, interviewing Stephen King, Tom Clancy, Charlton Heston, and others for magazines such as Rocky Road, Preview, and L.A. Weekly.

Robert is an avid scuba diver, swimmer, reader, traveler, and a law enforcement and military enthusiast. He lives in Colorado with his wife and four children.

Robert’s first novel painted a scenario so frighteningly real that six Hollywood producers were bidding on movie rights before the novel was completed. His acclaimed debut novel, Comes A Horseman, is being made into a major motion picture by producer Mace Neufeld and his short story “Kill Zone” was featured in the anthology Thriller, edited by James Patterson.

Bob has sold the film rights to his second book, GERM. And he is writing the screenplay for a yet-to-be-written political thriller, which sold to Phoenix Pictures, for Andrew Davis (The Fugitive, The Guardian) to direct!

And his third book Deadfall. debuted to rave reviews! 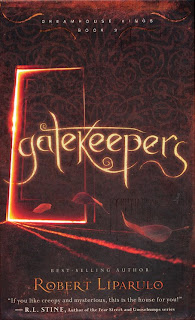 Bob Liparulo wants to give away a signed 3 book set of the DreamHouse Kings books! Send an email to Bob [at] Liparulo [dot] com and put “CFBA” in the subject line. He will pick a winner next week!!!!

In the third novel of this young adult series, the mystery deepens in a house that is more than meets the eye.

The Kings have been in the creepy old place, their new home, for only a few days, but they’ve experienced enough terror to last a lifetime. And the mystery is growing even more baffling. Shadowy and shifting, the big house conceals doors into other worlds that blur the line between memories and dreams-and the slightest misstep can change history forever.

At least, that’s if they believe the trembling old man who shows up claiming to know them. “There’s a reason you’re in the house,” he tells them. “As gatekeepers, we must make sure only those events that are supposed to happen get through to the future.”

The problem is that horrors beyond description wait on the other side of those gates. As if that weren’t enough, the Kings are also menaced by sinister forces on this side-like the dark, ancient stranger Taksidian, who wants them out now.

It’s hard to believe that things could have gotten worse for the King family-but they have. Dad’s in handcuffs, the school bully has just found the secret portal that leads from the high school to the house, and Xander is sure he’s found Mom, but they can’t get back to her. Then Jesse arrives, and he seems to be a virtual Obi Wan of knowledge about the place. But is he the key they need to unlock the secrets, or just a crazy old man?

Dangers are increasing from within and without when Xander makes a startling discovery that explains why they haven’t found any rooms that lead to the future. Alongside the threats, though, they’re also starting to find some surprising allies.
All they have to do is get organized, get psyched, and get Mom. But that isn’t nearly as easy as it sounds.

Xander, David, and Toria must venture beyond the gates to save their missing mother-and discover how truly high the stakes have become.

If you would like to read the first chapter of Gatekeepers
(Dreamhouse Kings #3), go HERE

Review
“If you like creepy and mysterious, this is the house for you! Every room opens a door to magic, true horror, and amazing surprises. I loved wandering around in these books. With a house of so many great, haunting stories, why would you ever want to go outside?” –R.L. Stine (Goosebumps)

Review
“A powerhouse storyteller delivers his most fantastic ride yet!”
-Ted Dekker, bestselling author of Kiss, Chosen and Infidel

***
Lisa’s Comments: I gave this book to my son to read because it’s his style of genre. Before he read Gatekeepers, he ordered the first two books in the series because he hates reading out of order. He said this book is well-written with defined characters and an intriguing plot. His biggest frustration with the book (and the series) is the ending of each book isn’t tied up in a neat bow. You need to read the next book to see what happens. Overall, though, he enjoyed the books, but hates the cliffhanger endings.
← Prev: Five Ways to Entertain Kids During Snow Days Next: 25 Random Things About Me →