CFBA Blog Tour: Against All Odds

This week, the
Christian Fiction Blog Alliance
is introducing
Against All Odds
Revell (February 1, 2009)
by
Irene Hannon 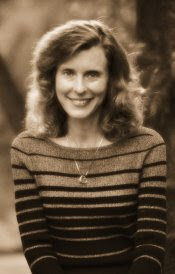 Irene Hannon is an award-winning author who took the publishing world by storm at the tender age of 10 with a sparkling piece of fiction that received national attention.

Okay…maybe that’s a slight exaggeration. But she was one of the honorees in a complete-the-story contest conducted by a national children’s magazine. And she likes to think of that as her “official” fiction-writing debut.

Since then, she has written more than 25 romance and romantic suspense novels that have sold more than 1.5 million copies. Her books have been honored with the coveted RITA award from Romance Writers of America (the “Oscar” of romantic fiction), the HOLT Medallion and a Reviewer’s Choice award from Romantic Times BOOKreviews magazine.

Irene, who holds a B.A. in psychology and an M.A. in journalism, juggled two careers for many years until she gave up her executive corporate communications position with a Fortune 500 company to write full. She is happy to say she has no regrets! As she points out, leaving behind the rush-hour commute, corporate politics and a relentless BlackBerry that never slept was no sacrifice.

In her spare time, Irene enjoys hamming it up in community musical theater productions. A trained vocalist, she has sung the leading role in numerous musicals, including “South Pacific,” “Brigadoon,” “Oklahoma” “The King and I” and “Anything Goes.” She also regularly performs with a six-person musical review troupe and is a cantor at her church (where she does NOT ham it up!).

When not otherwise occupied, Irene loves to cook and garden. She and her husband also enjoy traveling, Saturday mornings at their favorite coffee shop and spending time with family. They make their home in Missouri. 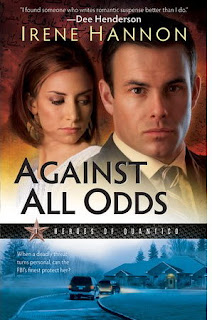 For FBI Hostage Rescue Team member Evan Cooper and his partner, dignitary protection duty should have been a piece of cake. Unfortunately, Monica Callahan isn’t making it easy. Estranged from her diplomat father, who is involved in a sensitive hostage situation in the Middle East, she refuses to be intimidated by a related terrorist threat back in the States…until a chilling warning convinces her that the danger is very real—and escalating. As Coop and his partner do their best to keep her safe, David Callahan continues his work—triggering an abduction that puts his daughter’s life at risk. And with every second that ticks by, Coop knows that the odds of saving the only woman who has ever managed to breach the walls around his heart are dropping. Because terrorists aren’t known for their patience—or their mercy.

If you would like to read the first chapter of Against All Odds, go HERE

WHAT PEOPLE ARE SAYING:

“Brava! Award winner Hannon debuts the heroes of Quantico series with a wonderful
array of believable characters, action and suspense that will keep readers glued to each page. Hannon’s extraordinary writing, vivid scenes and surprise ending come together for a not-to-be-missed reading experience.”
~Romantic Times BOOKreviews~

“I found someone who writes romantic suspense better than I do. I highly recommend Against All Odds as one of the best books I’ve had the privilege of reading this year. This is a captivating, fast-paced, well written romantic suspense destined for my keeper shelf. I loved this book, and highly recommend this author.”
~Dee Henderson~ Author of the O’Malley Family Series