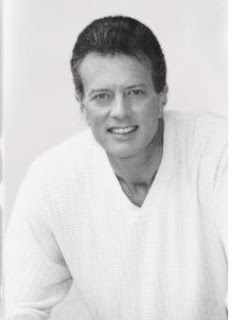 Davis Bunn is an internationally acclaimed author who has sold more than six million books in fifteen languages. His audiences span reading genres from high drama and action thrillers to heartwarming relationship stories, in both contemporary and historical settings.

Honored with three Christy Awards for excellence in historical and suspense fiction, his bestsellers include My Soul To Keep, and Full Circle. A sought-after lecturer in the art of writing, Bunn was named Novelist in Residence at Regent’s Park College, Oxford University.

He and his wife, Isabella, make their home in Florida for some of each year, and spend the rest near Oxford, England, where they each teach and write.

Her first novel, a prairie love story titled Love Comes Softly, was published by Bethany House in 1979. This book was followed by more than 75 others.

After Love Comes Softly was published, Oke found her readers asking for more. That book led to a series of eight others in her Love Comes Softly series. She has written multiple fiction series, including The Canadian West, Seasons of the Heart and Women of the West. Her most recent releases include a beautiful children’s picture book, I Wonder…Did Jesus Have a Pet Lamb and The Song of Acadia series, co-written with T. Davis Bunn.

Janette Oke’s warm writing style has won the hearts of millions of readers. She has received numerous awards, including the Gold Medallion Award, The Christy Award of Excellence, the 1992 President’s Award for her significant contribution to the category of Christian fiction from the Evangelical Christian Publishers Association, and in 1999 the Life Impact Award from the Christian Booksellers Association International. Beloved worldwide, her books have been translated into fourteen languages.

She and her husband live nearby in Alberta, Canada. 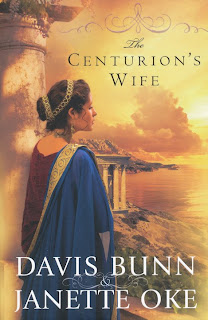 Janette Oke has dreamed for years of retelling a story in a biblical time frame from a female protagonist’s perspective, and Davis Bunn is elated to be working with her again on this sweeping saga of the dramatic events surrounding the birth of Christianity…and the very personal story of Leah, a young Jewess of mixed heritage trapped in a vortex of competing political agendas and private trauma.

Caught up in the maelstrom following the death of an obscure rabbi in the Roman backwater of first-century Palestine, Leah finds herself also engulfed in her own turmoil–facing the prospect of an arranged marriage to a Roman soldier, Alban, who seems to care for nothing but his own ambitions.

Head of the garrison near Galilee, he has been assigned by Palestine’s governor to ferret out the truth behind rumors of a political execution gone awry. Leah’s mistress, the governor’s wife, secretly commissions Leah also to discover what really has become of this man whose death–and missing body–is causing such furor.

This epic drama is threaded with the tale of an unlikely romance and framed with dangers and betrayals from unexpected sources. At its core, the story unfolds the testing of loyalties–between two young people whose inner searchings they cannot express, between their irreconcilable heritages, and ultimately between their humanity and the Divine they yearn to encounter.

If you would like to read the first chapter of The Centurion’s Wife, go HERE

Lisa’s Thoughts: I read several of Janette Oke’s books when I began reading Christian fiction over ten years ago. I haven’t read much Biblical fiction, but I must say how fascinating it is to get an inside glimpse of what life could’ve been like when Jesus walked the earth. The Centurion’s Wife is a captivating story of romance, danger, and real love.